We’re excited to announce that Twinmotion 2022.1 is now available, with a host of new features that make it even easier to create and share stunning visualizations and immersive experiences for architecture, construction, urban planning, and landscape design. 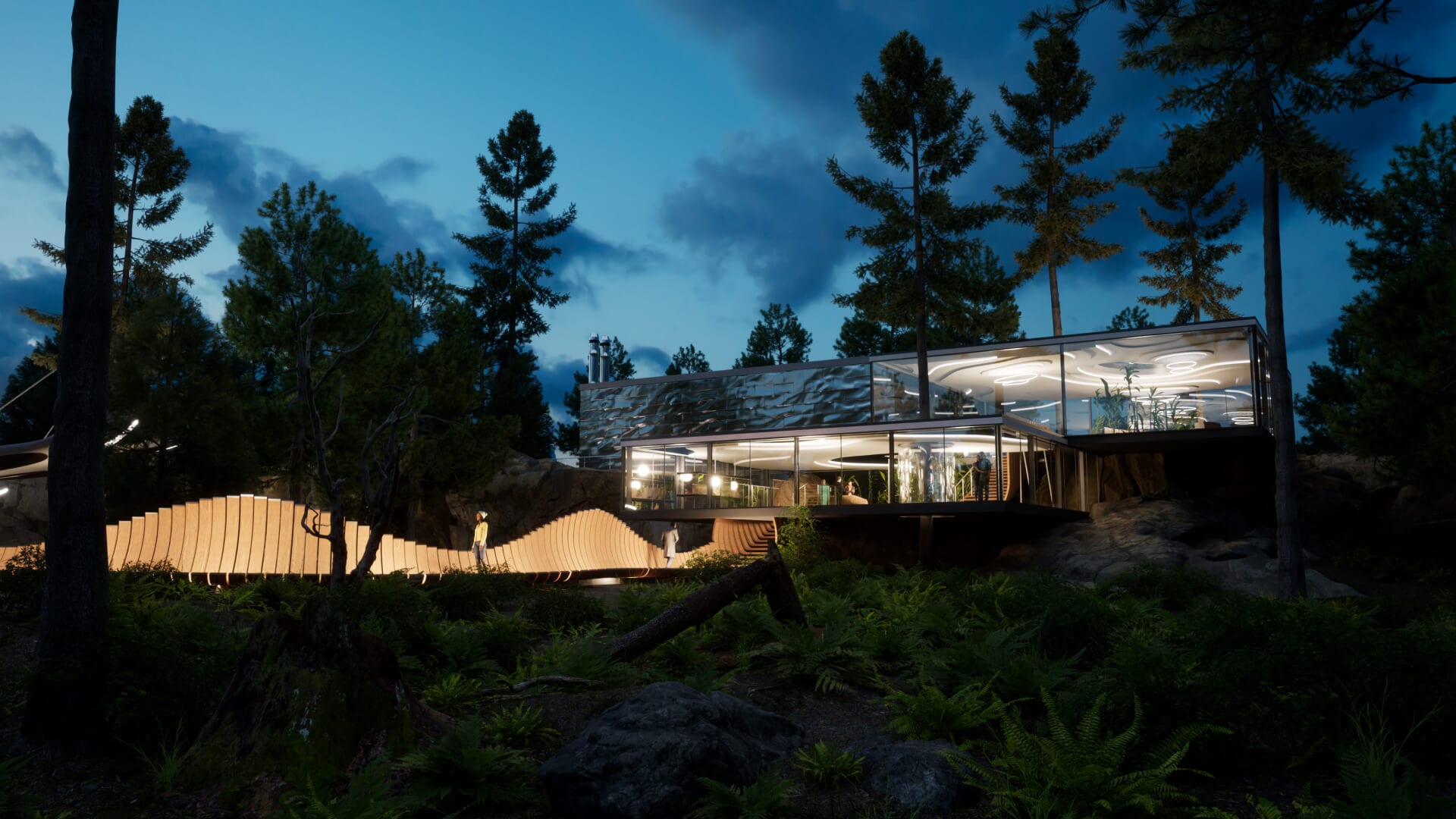 Find out what's new and download your copy today!

This release includes a new Path Tracer and HDRI Skydomes, simultaneous multi-sync connectivity to CAD and BIM packages, Early Access to Twinmotion Cloud for everyone, and much, much more. Take a look at the highlights below. 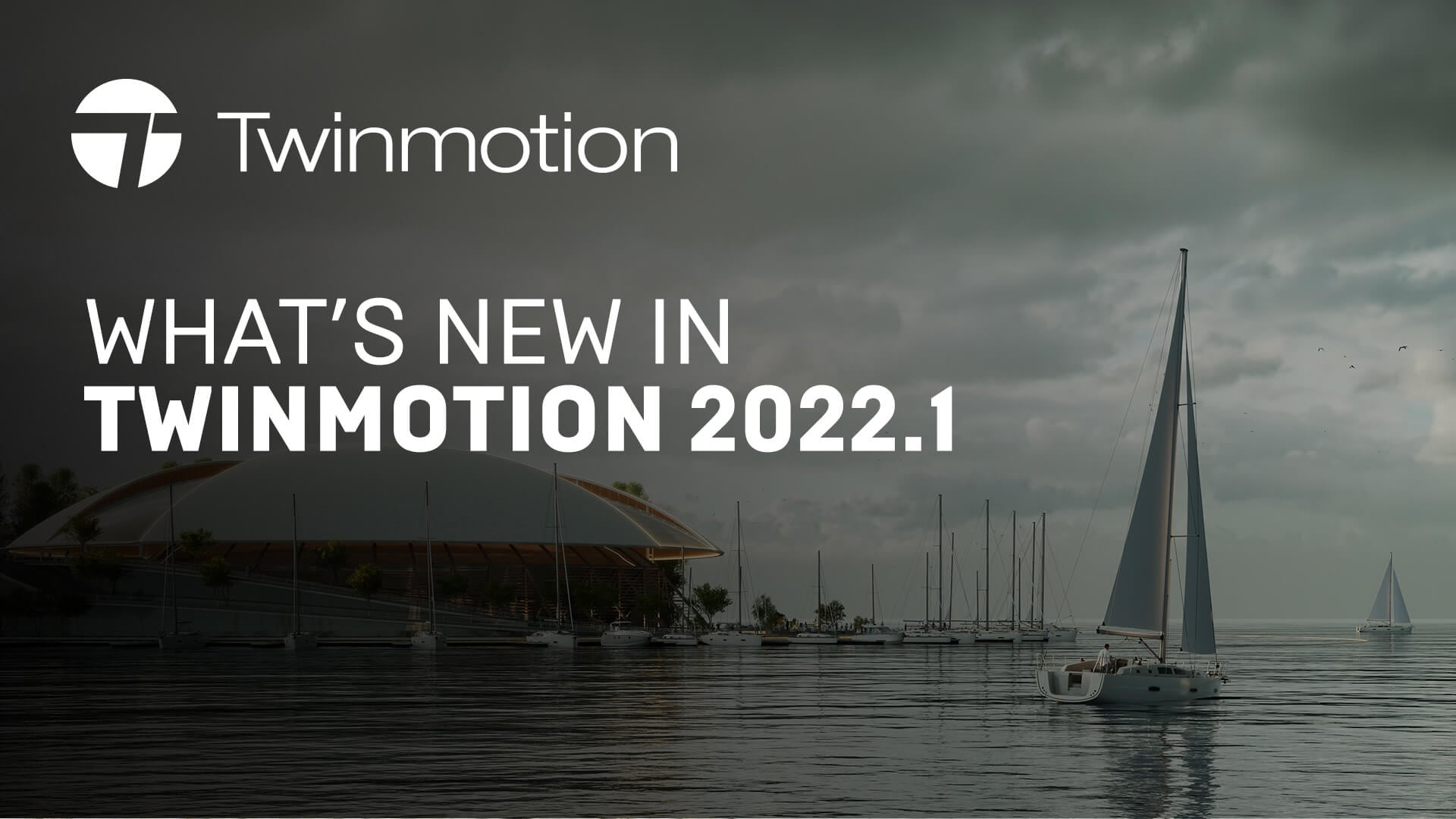 Love Twinmotion’s real-time rendering, but wishing you could also have the quality of an offline renderer? Well, now you can! The Path Tracer is a new DXR-accelerated*, physically accurate progressive rendering mode that can be easily enabled in the viewport with a single button push. With it, you can output gorgeous final-pixel still imagery and panoramas—including compromise-free global illumination, physically correct refractions, super-sampled anti-aliasing, and much more—right from Twinmotion in just a few minutes. For those with a little more time to spare, it’s also possible to create path-traced videos.

For more realistic skies, there’s a new HDRI Skydome. When used in conjunction with the Path Tracer, the texture will also affect the scene’s lighting. You can select from Twinmotion’s extensive new built-in library of skies—there are 285 of them, to be precise, each available in 2K, 4K, and 8K resolutions—or use your own custom HDRI texture. 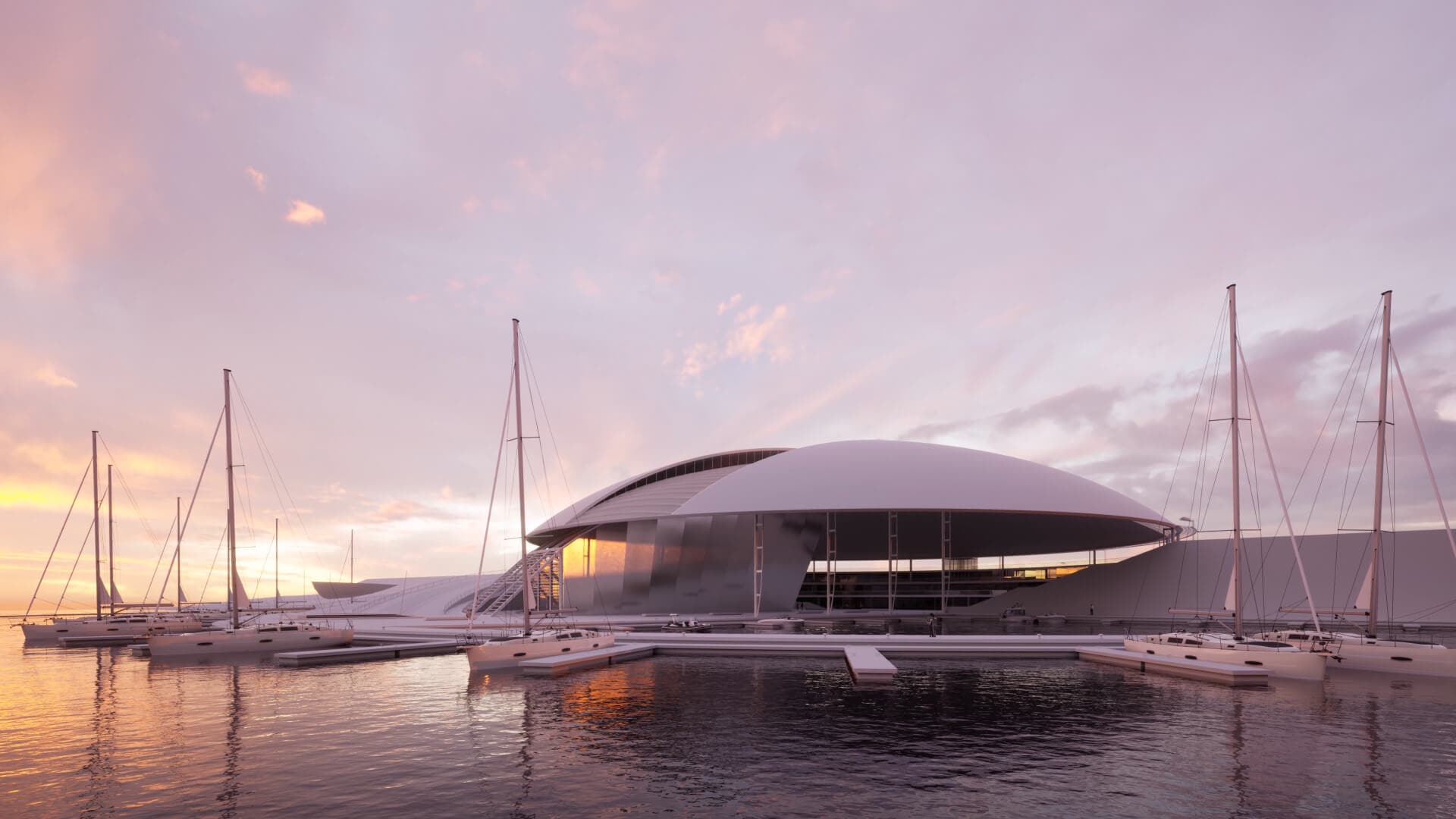 Also thanks to the Path Tracer, it’s now possible to render orthographic top views with accurate lighting and shadows. This common requirement for architectural projects helps stakeholders understand the use of space.

One of Twinmotion’s many strengths is its huge library of high-quality drag-and-drop assets, and it just keeps growing! To keep the package size manageable, new assets are stored on the cloud, ready for you to download only when you need to use them. This also means we can add new assets between releases, so keep your eyes out for updates. In this release, you’ll find nearly 150 new interior and exterior furniture assets, located within various categories as appropriate. 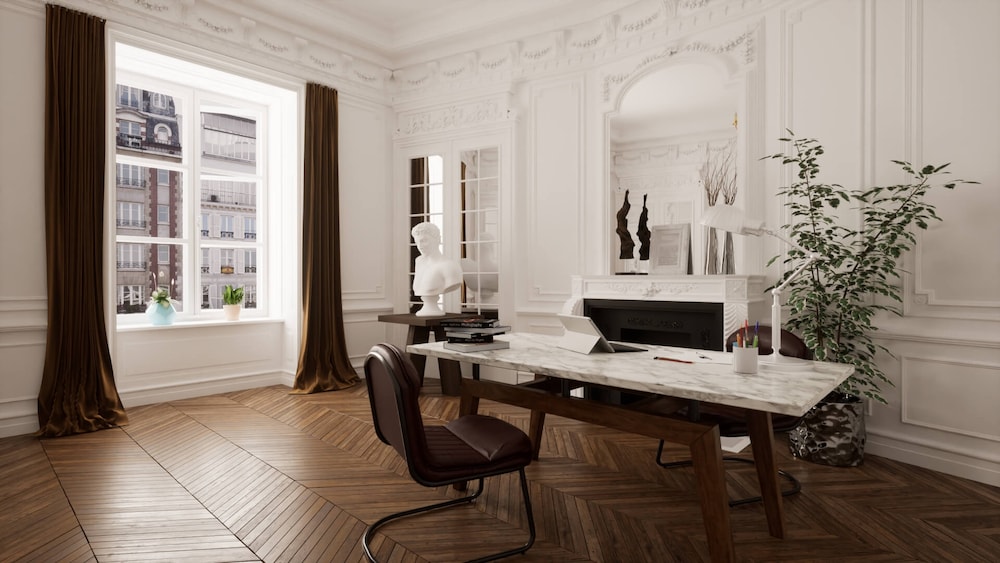 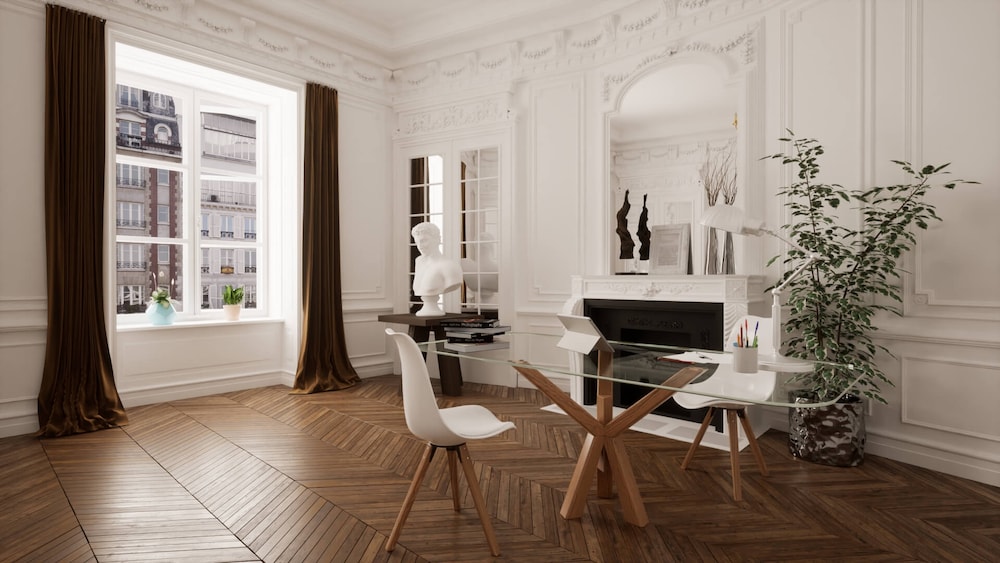 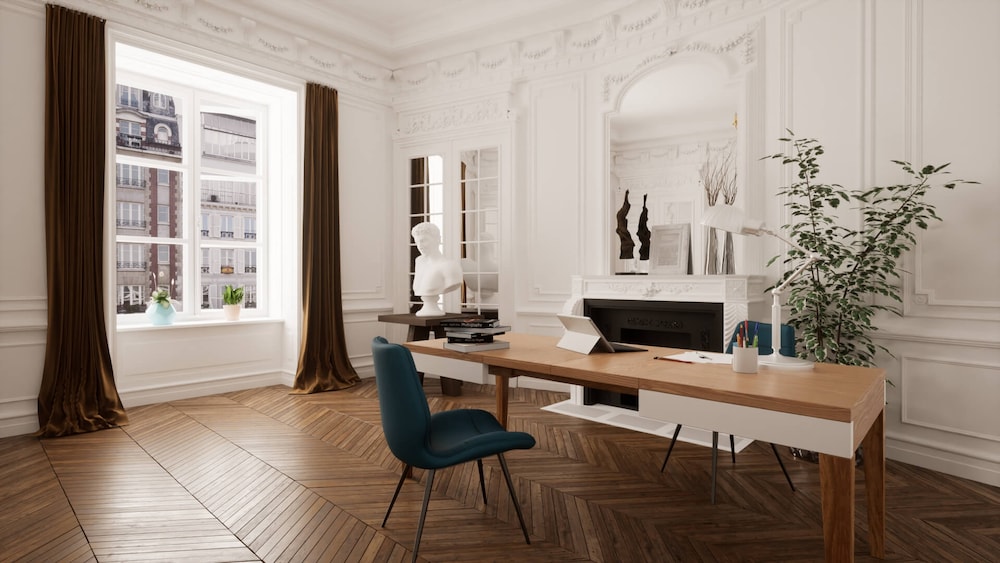 We’ve also added two more categories from Quixel Megascans, bringing over 2,000 new decals and over 200 new 3D plant species, each with multiple variants, to Twinmotion. You can select which variants from each 3D plant set are used. 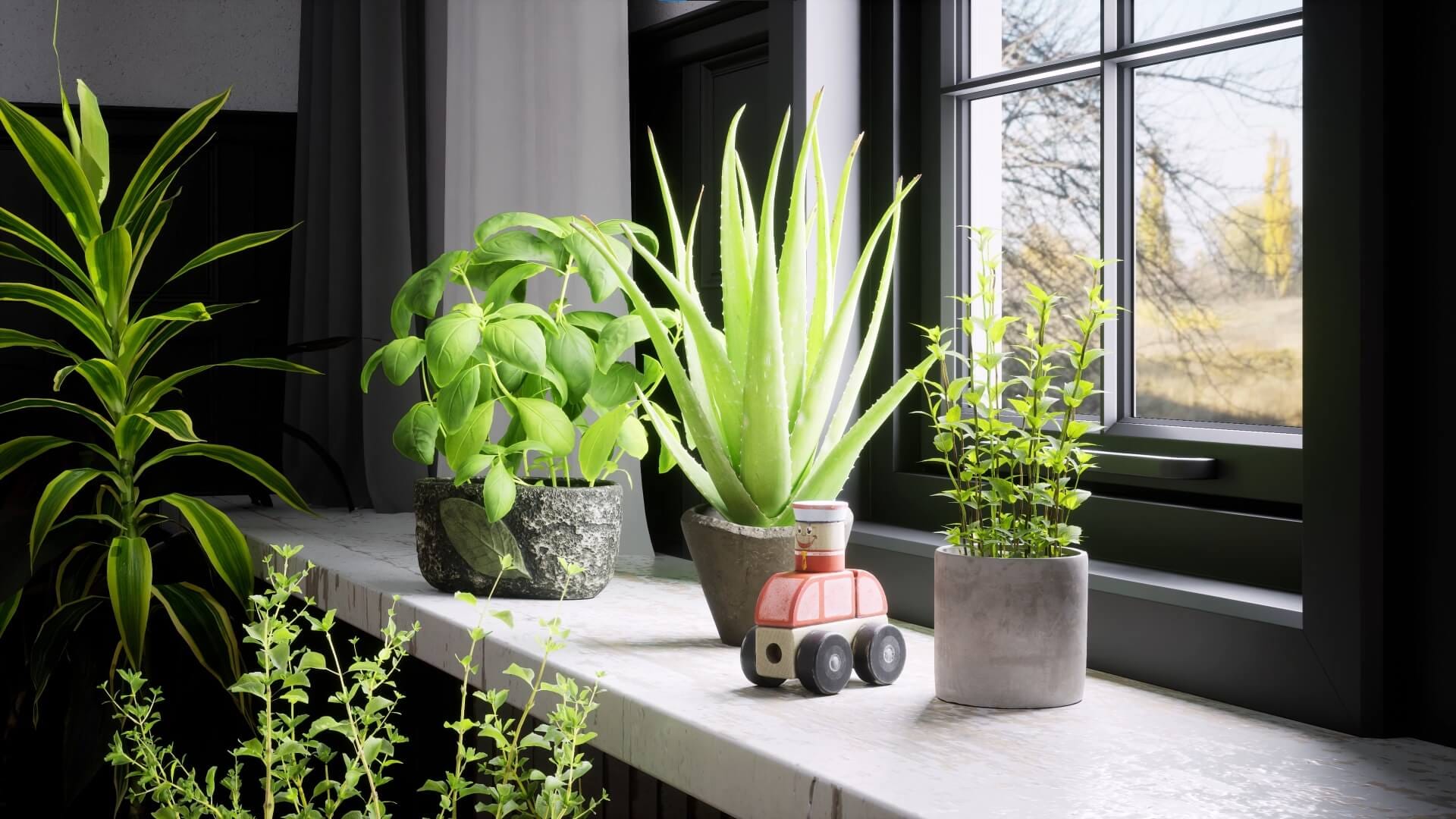 On the subject of decals, it’s now possible to use custom Reflectivity, Glow, Bump, and Metalness textures with both standard decals and the new Quixel Decals library. In addition, we’ve improved the quality of some standard decals. One caveat, though: right now, decals are not supported by the Path Tracer. It’s something we’re looking to address in a future release.

With Twinmotion Cloud, you can share your presentations and panoramas to clients on any desktop or laptop computer—or now, iOS or Android tablet or smartphone—via a simple web URL, eliminating the need for them to have powerful workstations or download large executables. Previously, it was only available in Early Access to full commercial licensees, but today, we’re happy to be able to open up the program to all Twinmotion users, including educational users and trialists. 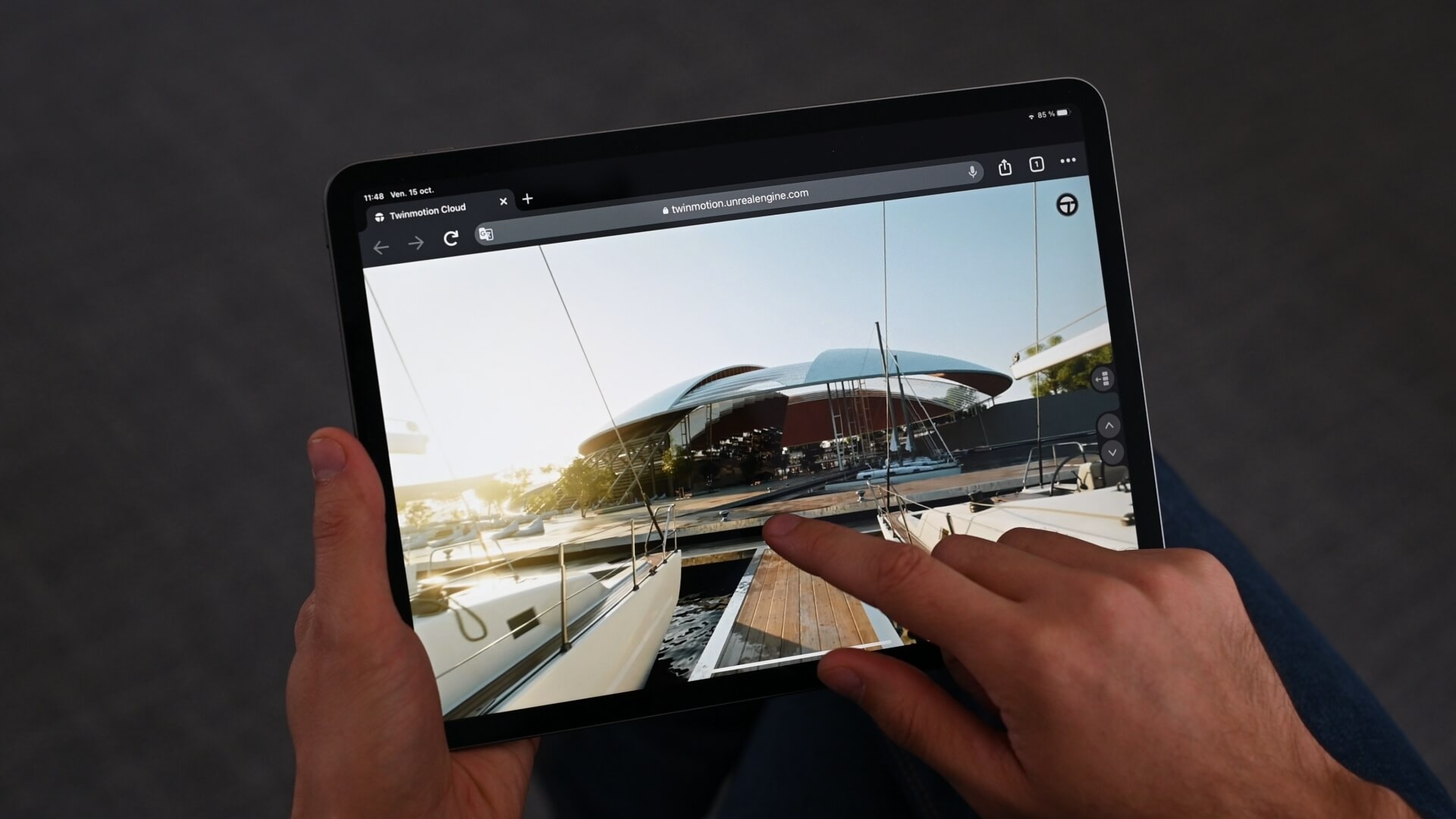 Twinmotion Cloud also gets some great new features with this release. Panorama Sets are a new content type that can be exported from Twinmotion and viewed and shared via Twinmotion Cloud. Panoramas are linked together so that you can navigate between them. This feature enables you to curate specific points of view for a review, rather than providing a fully navigable scene. In addition, the content can be viewed in high quality even on a low-spec device, and is not dependent on a strong/stable internet connection. Check out this example!

Meanwhile, sharing your presentation is now easier, with the new ability to simply copy its link (and optional password) into any existing communication mechanism, rather than having to use a dedicated email form as previously. We’ve also added support for updating presentations to ensure that a presentation’s link will always provide access to the latest version.

When you’re working in Twinmotion, your key data will usually start out in another package. That’s why making data import as seamless as possible is a continuing goal for us.

With this release, Datasmith Exporter plugins now enable you to simultaneously synchronize files from multiple CAD and BIM tools into the same Twinmotion scene. For example, you might have a landscape created in Rhino and buildings designed in Revit; with this feature, you can continue to edit both in their source packages while visualizing the combined rendered result in Twinmotion.

We’ve also added the ability to load and display laser-scanned point clouds, enabling you to view a project in the context of existing landscape and/or structures. Support is included for popular LiDAR formats typically acquired in the context of architectural or industrial applications with scanners such as Leica or Trimble. 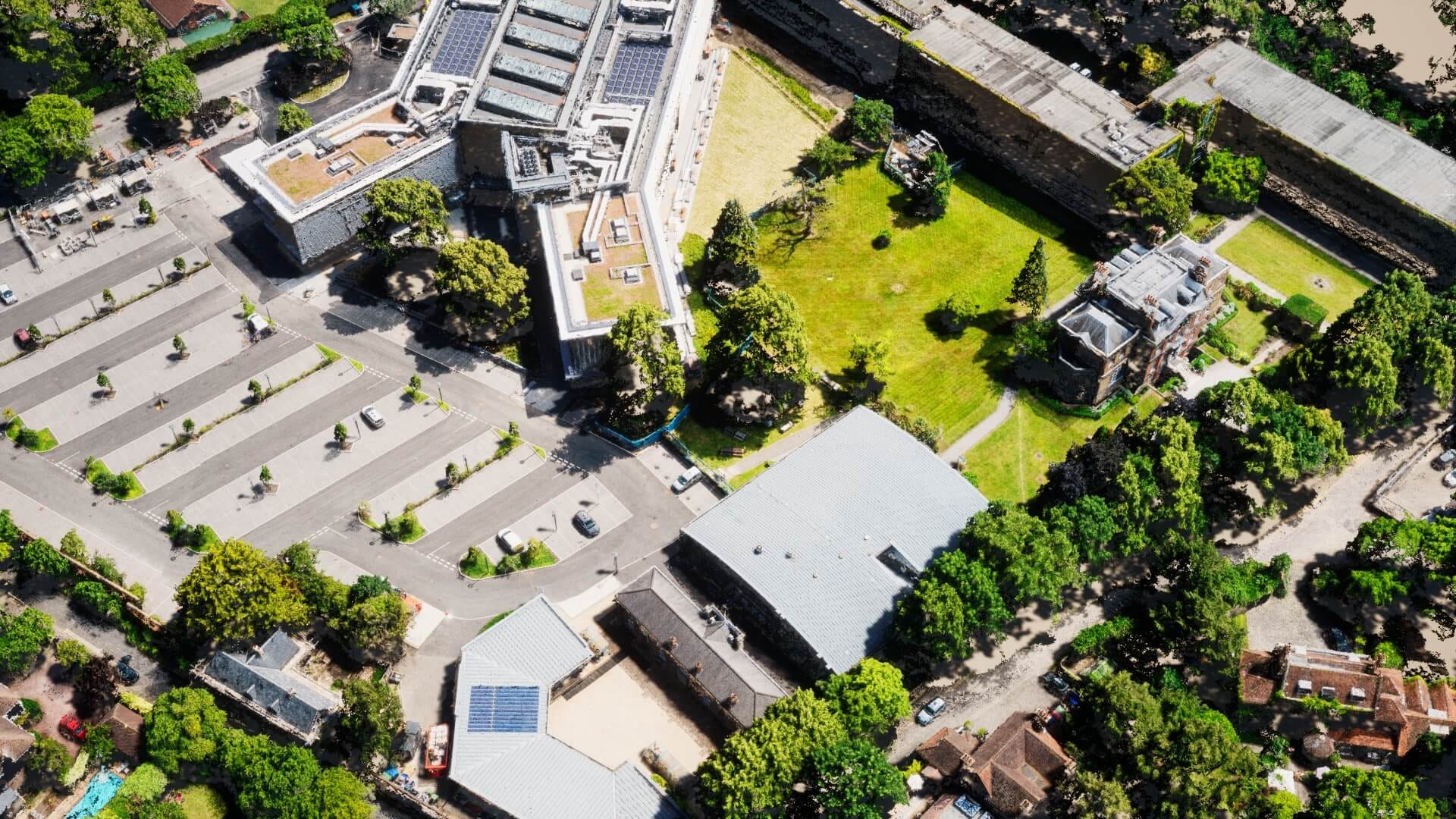 Lastly, we’ve added the ability to automatically substitute imported materials with Twinmotion ones for higher-quality results, via a Material Substitution Table. Using a CSV text file, you can define substitution rules that will be executed each time Datasmith imports or reimports data from a design application.

If you’re a fan of 3Dconnexion’s lineup of ergonomically designed input devices, you’ll be pleased to hear we’ve added support for the SpaceMouse, SpaceMouse Pro, and SpaceMouse Enterprise. These offer fluid and efficient 3D navigation, access to frequently used commands via programmable buttons, and seamless switching between different 3D applications, including Unreal Engine.

Regardless of your chosen input device, it’s now easier to finely control the translation, rotation, and scaling applied to your objects, thanks to the new ability to edit pivots of objects and to perform actions in local space.

Twinmotion’s full-screen mode is free of distracting interface elements, making for a more immersive environment; now, you can perform various editing actions such as transforming, copying, pasting, and deleting objects while in this mode.

We’ve reworked the snow material for ground coverage to be more realistic, and improved the appearance mask to make the transitions between areas of snow coverage and no snow coverage more aesthetically pleasing. 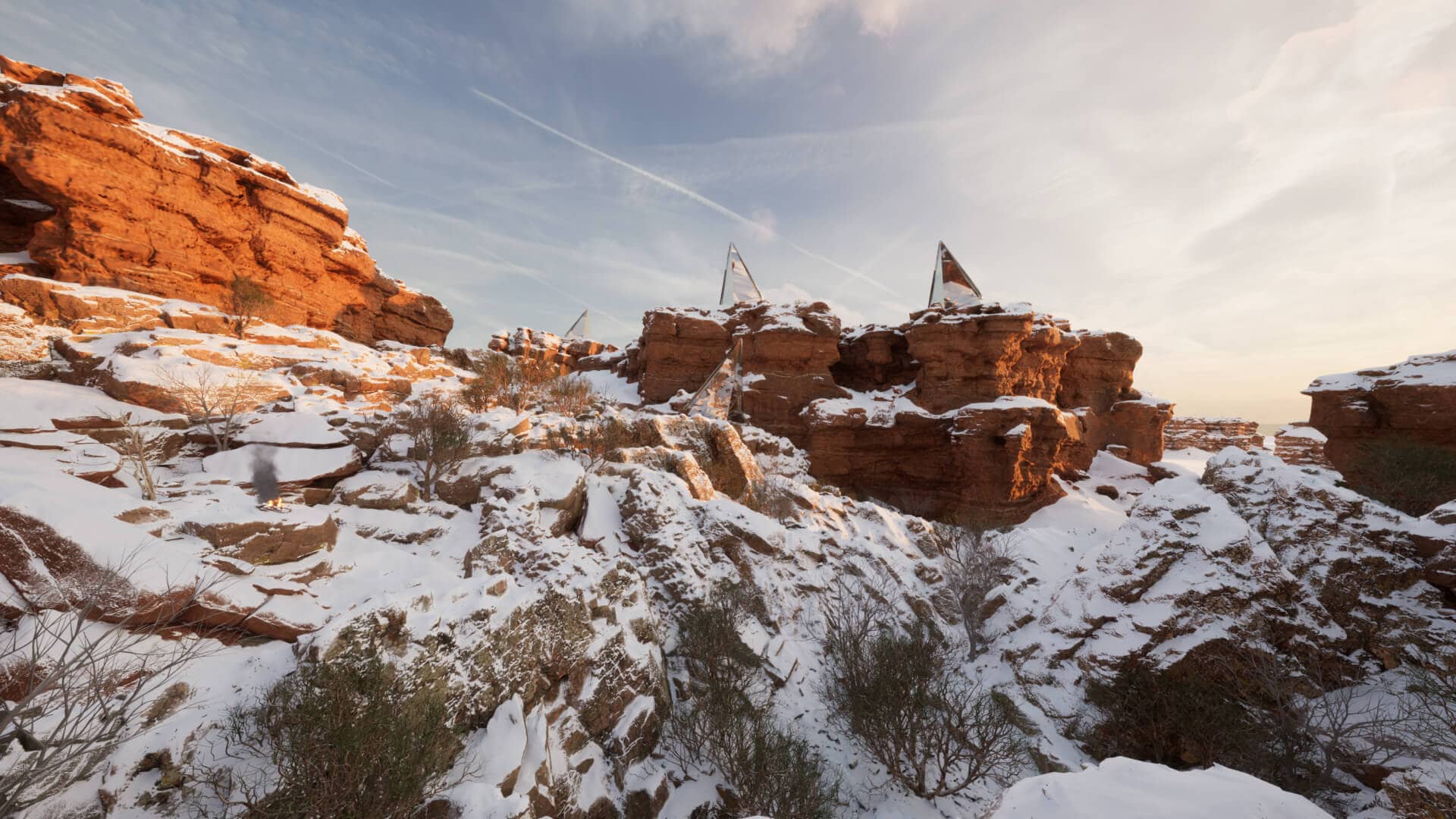 And finally, a redesigned Quality control panel makes it easier to toggle a set and to understand the current settings. We’ve also created a separate tab for VR application mode settings, which includes dynamic VR quality options that enable you to ensure you meet a required frame rate, helping to eliminate the potential for VR sickness.

For more details on all of the improvements in Twinmotion 2022.1, see the full release notes.

If you’re an existing user, you can download Twinmotion 2022.1 from your Epic Games launcher. If you’ve yet to get started, check out the license options below, which include a free unlimited-length trial for non-commercial use.

We hope you enjoy this release!

What are you waiting for?