We’re pleased to announce that Twinmotion 2022.2 is now available for download, with new features and enhancements across the board that both add practical new capabilities and improve the overall user experience. 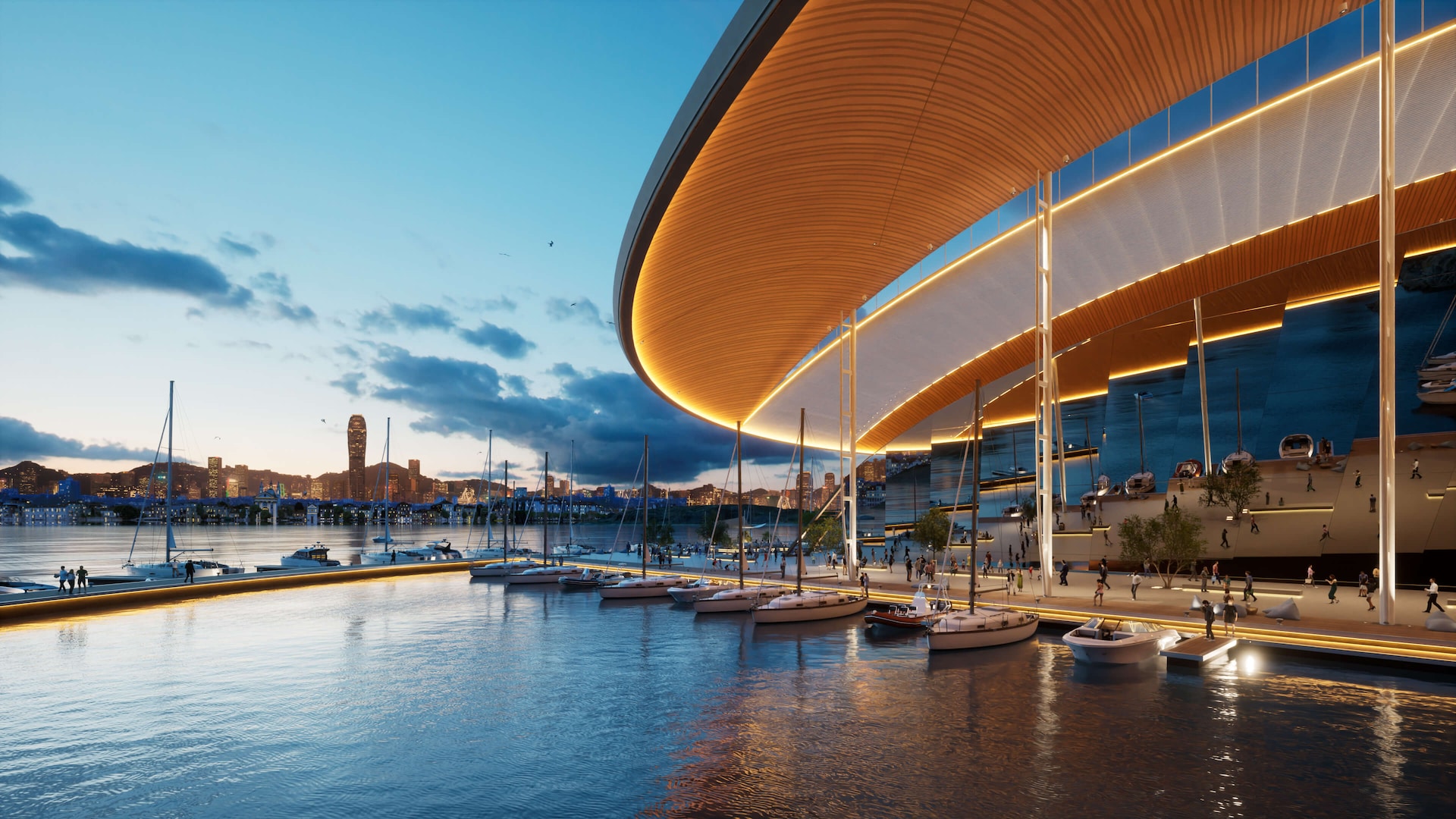 Check out what's new and get your copy today!

This release includes a new HDRI Backdrop feature, super-high-res rendering, Sketchfab integration, hundreds of new native Twinmotion assets, support for significantly more complex Presentations on Twinmotion Cloud, and much, much more. Take a look at the highlights below. 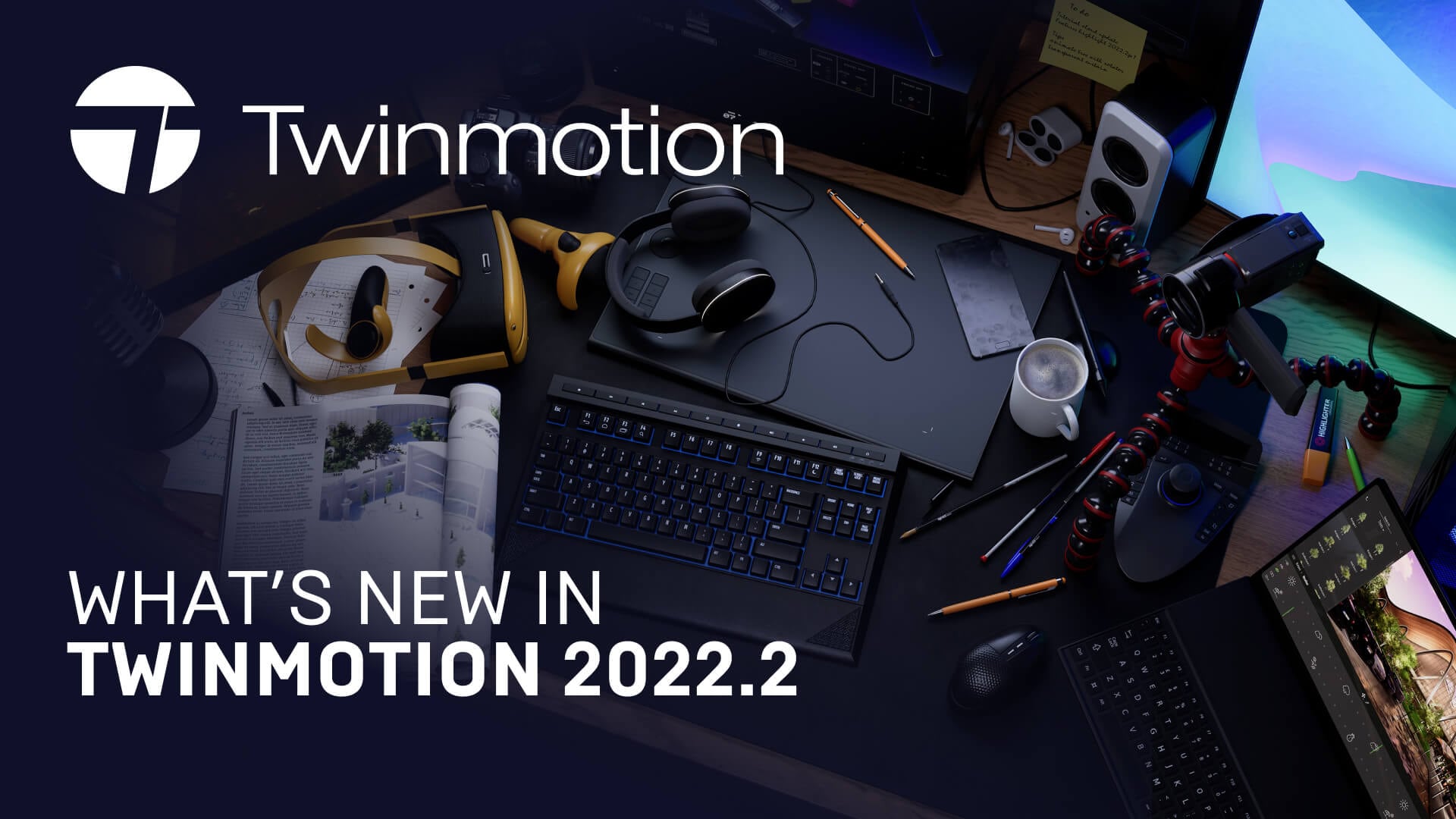 Setting the scene for your project using an environment with convincing lighting is key to credible visualization. With this release, there is a new HDRI Backdrop feature that enables you to place a model in the context of an environment or studio setting and to have it realistically affect the lighting on the model. Unlike the HDRI Skydome, this feature includes a ground surface that can receive shadows.

To get you started, there are 258 new HDRI environments designed to both provide a background and light the model, and 30 new studio HDRIs suitable for product shots; you can change the horizon, scale, and rotation of the image to suit your needs. 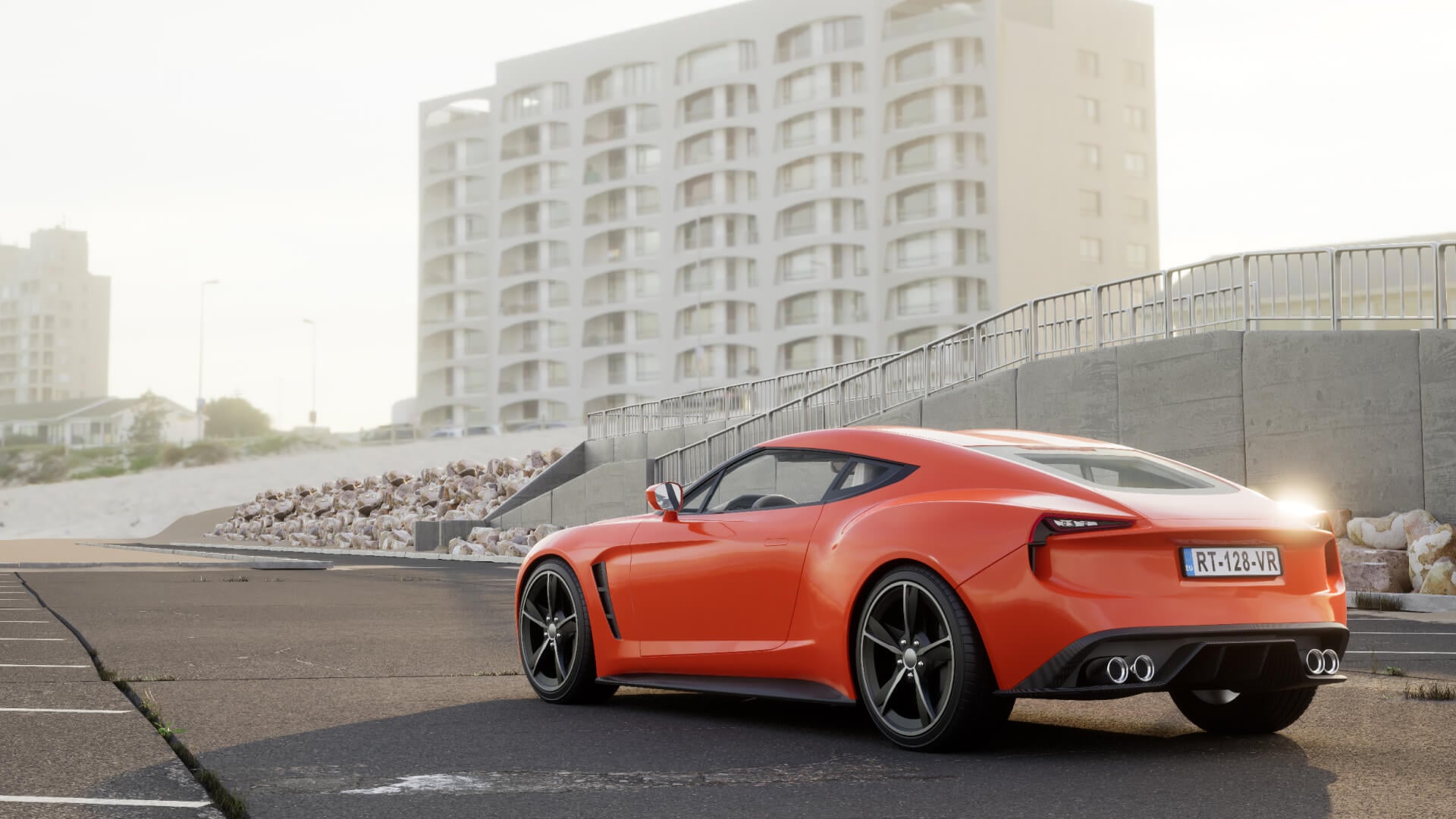 Also new to Twinmotion 2022.2, you can render very high-resolution—up to 64K—images and videos, using a tiled rendering technique. Great for content intended for large displays such as billboards and video walls, this feature circumvents GPU memory limitations, and enables high-resolution output even on lower-spec computers.

In addition, you can now export Panoramas and Panorama Sets at 16K resolution for a higher-fidelity, more immersive experience. Previously, the maximum resolution was 8K. The new limit applies both to local exports and exports to the cloud.

Modeling your own props and characters to dress your scene and bring it to life is time-consuming and expensive. In this release, we’re making it easier than ever to find the content you need.

Meanwhile, new Twinmotion native assets are now released on the cloud every month. Since Twinmotion 2022.1, we’ve added a total of 660 new assets. These include high-tech objects, musical instruments, backyard objects, entertainment objects, and sports equipment, together with over 200 new posed humans, in Winter, Shopping, Children, and Sport categories. 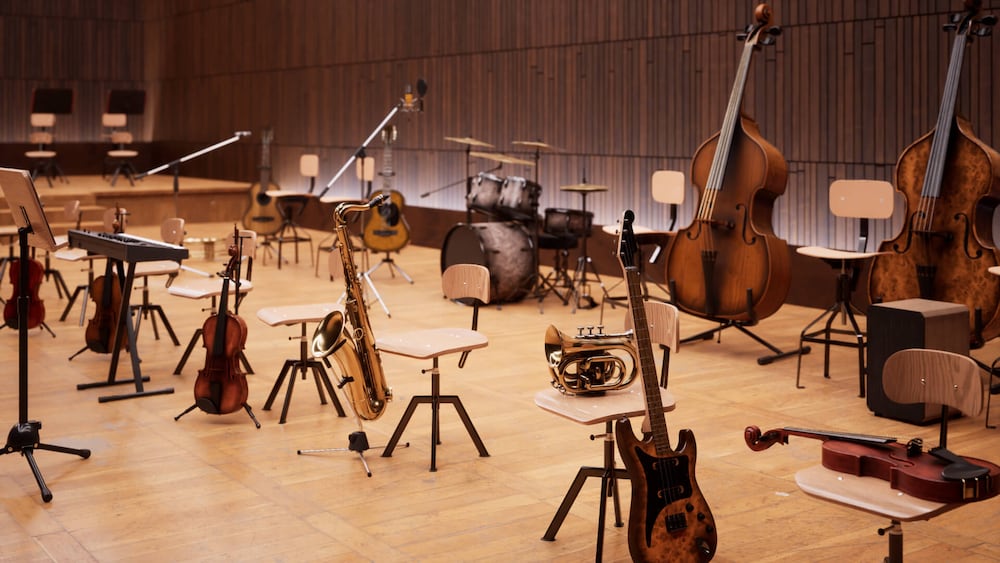 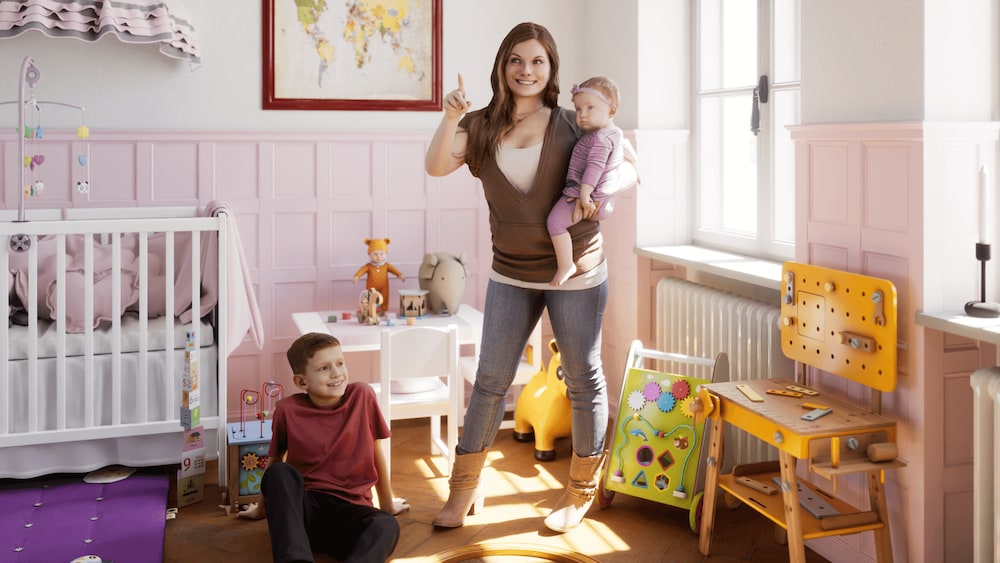 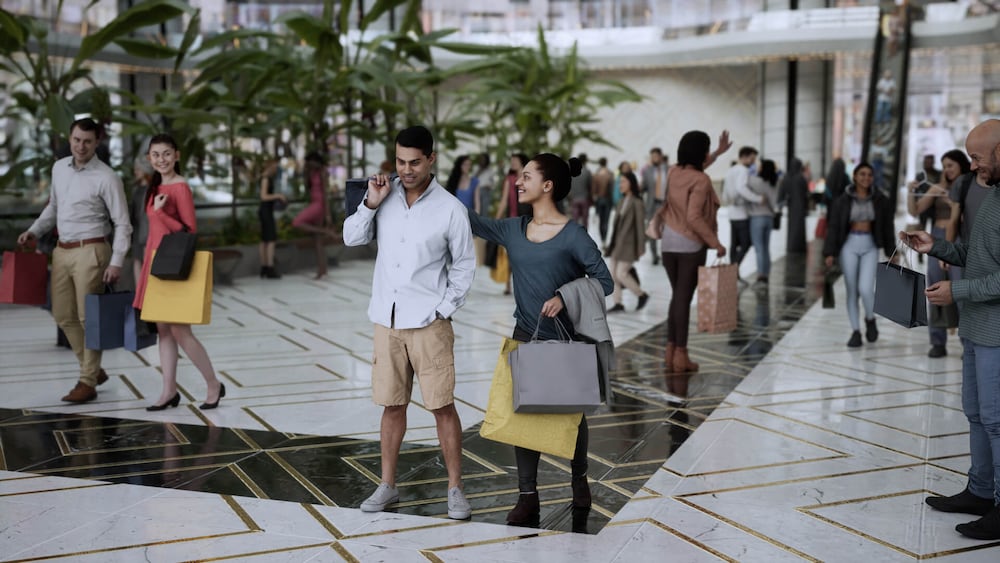 Ever tried positioning a car asset on uneven ground? Randomly stacking up a pile of toys in a children’s room? Making a bunch of rocks at the side of a waterfall look like they fell there naturally? Just using translate and rotate tools, it’s not a quick or easy proposition!

That’s why we’ve added a new tool that enables you to use collision and gravity simulations in real time inside the viewport for object placement. You can simply drop objects naturally inside the scene and have them collide and tumble according to their bounding boxes. Job done.
Model: Chess - Day 4 - 3December by Warkarma

Enhancements to Twinmotion Cloud are deployed independently from the main Twinmotion release schedule. Since Twinmotion 2022.1, we’ve added a number of new features and improvements that make sharing your project at high fidelity with anyone, anywhere, easier than ever.

First up, we’ve added support for significantly more complex Presentations. We’ve increased the limits on RAM usage by 4x, and on VRAM usage by 1.5x. Together with the new texture compression algorithm (more on that later), this enables you to create and deploy much more complex and detailed Presentations on the cloud than was previously possible.

Stakeholders viewing Presentations or Panorama Sets on tablets or mobile devices can now look around the scene simply by moving their device, thanks to new motion sensor support that enables Twinmotion Cloud to interpret input from gyroscopes and accelerometers.

We now generate code that enables you to easily embed a Presentation or Panorama Set in an external website, making it possible to display multiple Presentations and/or Panorama Sets on a custom web page, accessible through a single URL. Explore this Panorama Set of an apartment in Częstochowa, Poland, and check out the new Twinmotion Cloud page for more examples! 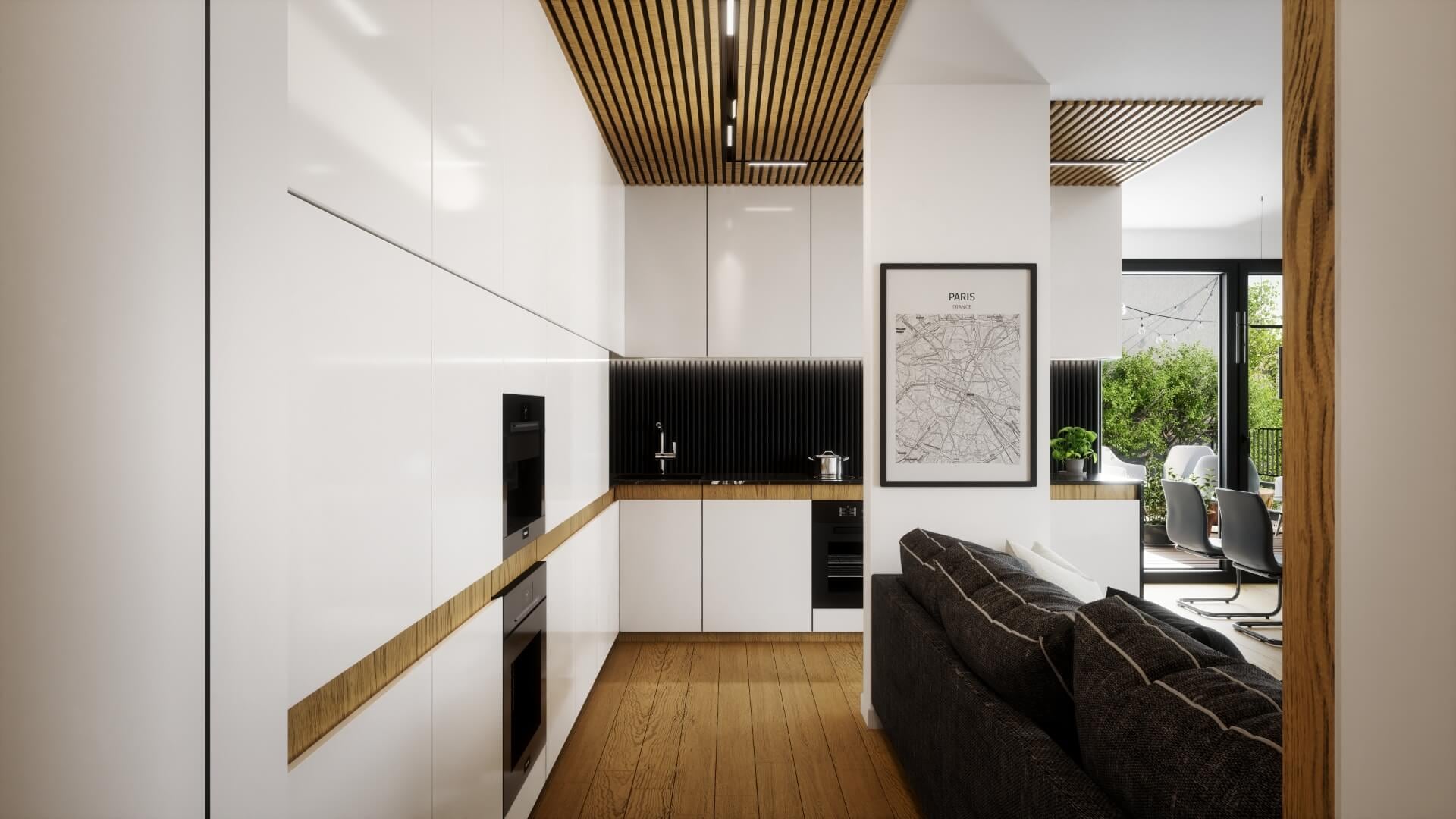 Project courtesy of Augustia.pl and images courtesy of Paweł Rymsza
In addition, we now dynamically generate QR codes that enable you to easily share links for viewing Presentations and Panorama Sets.

Sometimes, it’s the small things that make a big difference to your everyday productivity. This release delivers a number of enhancements to improve your experience in Twinmotion.

Case in point: you can now import multiple files at once, speeding up content aggregation. And it’s now just a single click to group multiple objects into a new container or select all referring instances of an object.

When you want to create objects of a precise size, you can now visualize and modify the XYZ values in the Transform panel, and easily move between fields using Shift Tab and the up and down cursor keys. We’ve also added hotkeys for toggling between Local and World axes, and for orbiting around the pivot of a selected object. Meanwhile, the gizmo now features RGB-colored axes for easier identification.

Last, but definitely not least, anyone who has had to transition between different navigation styles will know how painful it is to break that muscle memory. We’ve created new and more accurate shortcuts to match other 3D software’s navigation styles for orbiting, panning, and zooming, and added support for new styles, including Alias AutoStudio, Blender, CET Designer, Fusion 360, Maya, Modo, and Vectorworks. In addition, the left mouse button now orbits the view by default.

Offering support for a wide range of file formats found in the ecosystem has long been one of Twinmotion’s strengths. With this release, we’ve extended that support.

It’s now possible to import a model in glTF format (or its binary equivalent glB) directly into Twinmotion. The format is used by many asset libraries, including Sketchfab. You can also export assets from Unreal Engine as glTF. 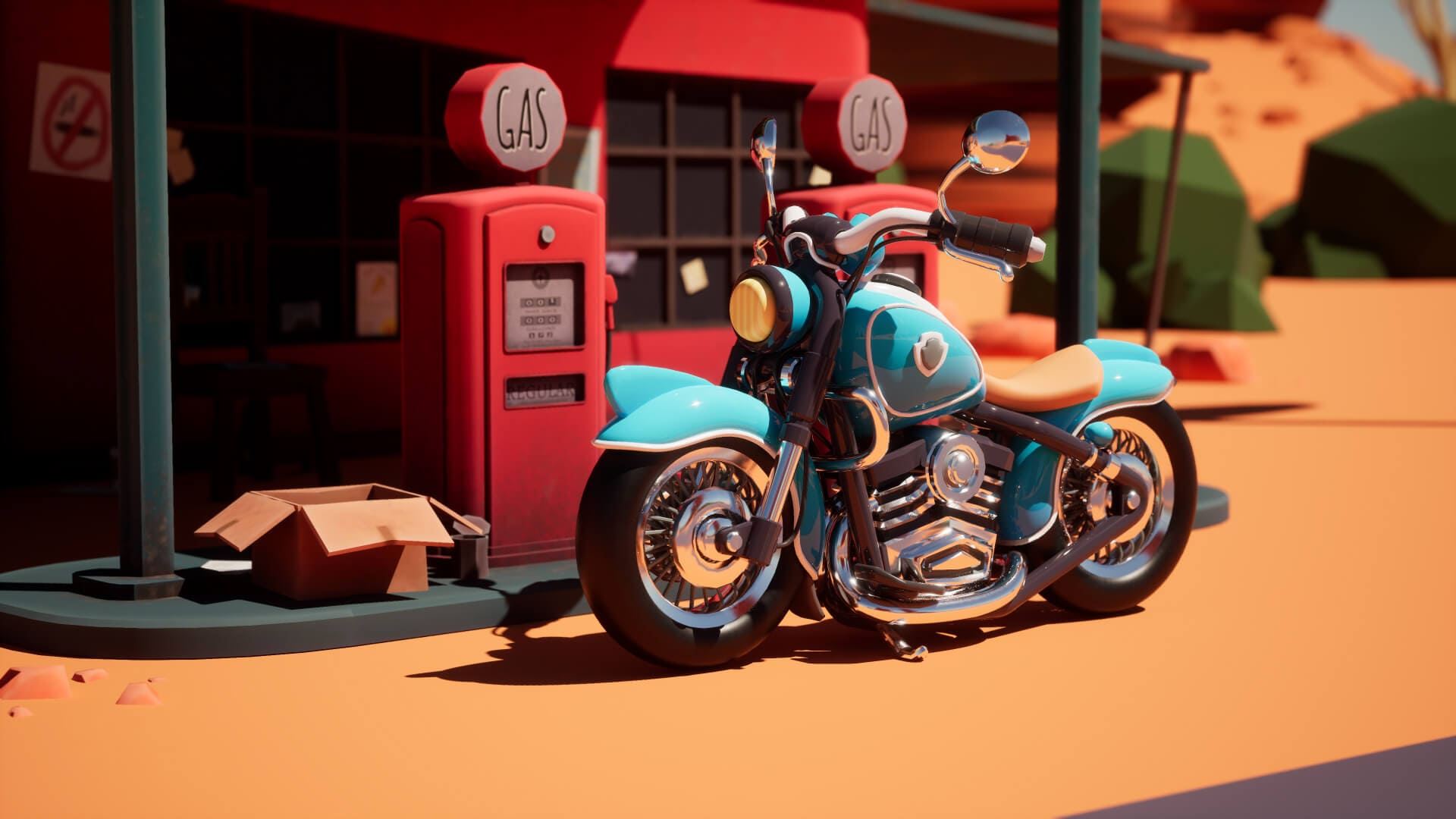 Models: Motorcycle by animanyarty, Evakuator Car by nicolasfrenot, Sand | Rock | Desert | Mountain | Pack by Erroratten, Low Poly Desert by marzipanne.
Meanwhile, you can now export images and panoramas in JPEG or EXR formats, in addition to PNG. JPEG produces smaller files than PNG, while rendering to EXR enables you to export more color information (16 bits per RGB channel as opposed to 8 bits) for higher-quality results when color correcting or grading the images.

In addition, lights in Datasmith scenes are now imported as Twinmotion lights, avoiding unnecessary rework and increasing fidelity to the original scene. And you can now visually distinguish between different light types in the Scene graph, making it easier to locate and select the correct light.

With constantly increasing demands for complexity and detail, we’ve taken some steps to help you handle larger scenes.

Under the hood, we now apply a texture compression algorithm to textures, reducing the memory requirements. You can expect around 75% texture memory saving with almost no visual quality impact. This translates not only to the ability to handle more complex scenes, but also to noticeably smaller file sizes and faster load and save times, especially for scenes containing Cloud assets, including Quixel and Sketchfab.

And to help you manage your VRAM usage and reduce complexity when necessary, information about its use is now indicated by a non-blocking warning with several levels of notifications: 60%, 70%, 80%, 90%. These indications are displayed in the Statistics panel.

Visualizing consumer products such as a pair of headphones has some different requirements than visualizing an airport or a sports stadium. We’ve made a number of changes that make it easier to work with scenes of any scale. 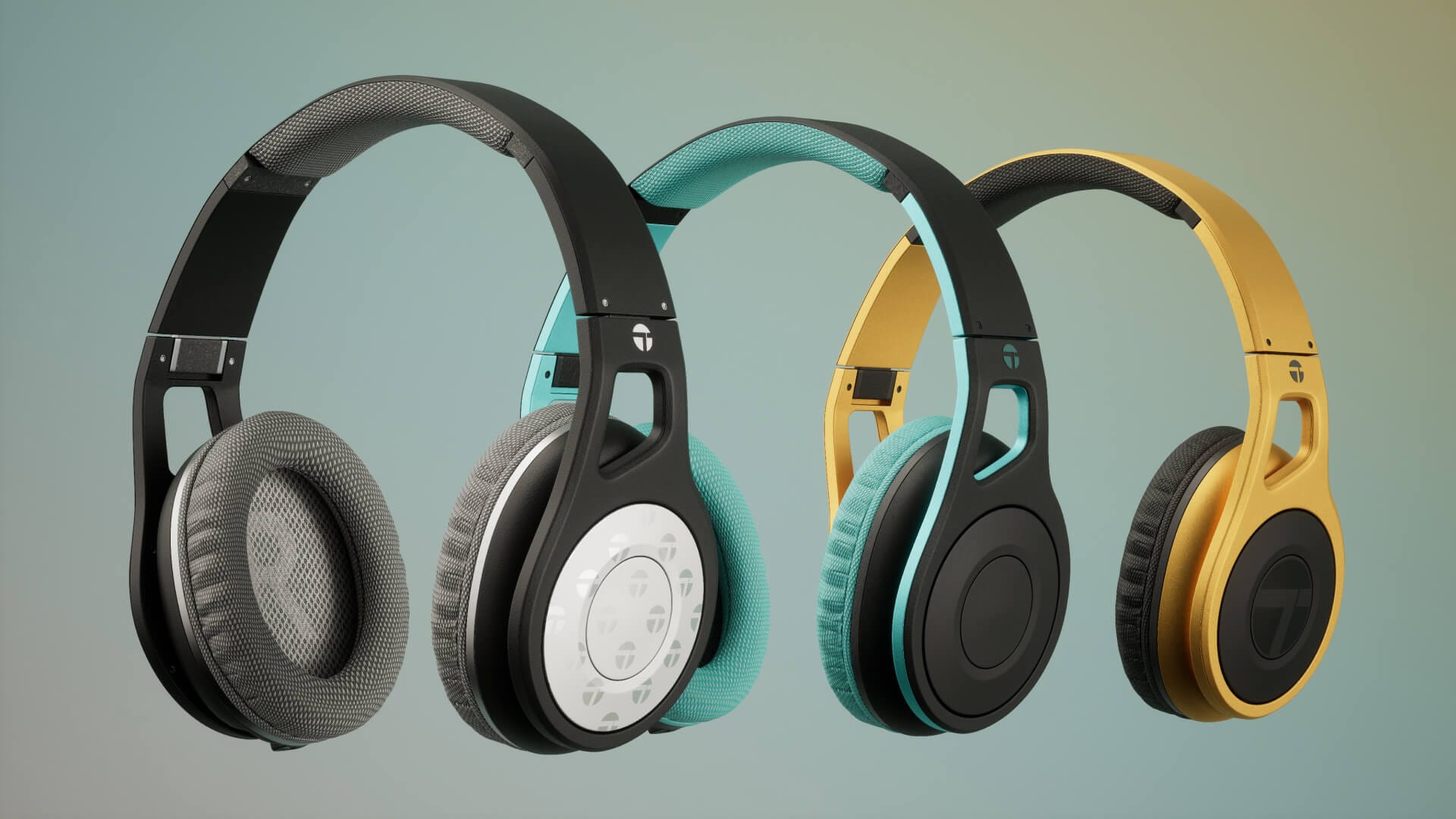 To start with, in addition to the existing options for setting units to meters and inches, we’ve added centimeters, enabling you to work with greater precision at small scales. We’ve also added the ability to work in feet rather than inches.

Finally, you can now change the Near clipping value in Camera settings in order to avoid clipping issues when working on small objects in the scene, and you can reduce the Field of view angle to as low as 5°, enabling close to isometric views.

For more details on all of the improvements in Twinmotion 2022.2, see the full release notes.

If you’re an existing user of Twinmotion 2022.1, you can download Twinmotion 2022.2 from your Epic Games launcher as a free upgrade. If you’ve yet to get started, check out the license options below, which include a free unlimited-length trial for non-commercial use.

We hope you enjoy this release!

*Note: While Twinmotion is able to run on M1 chipset machines, M1 chips are not currently fully supported or leveraged.

What are you waiting for?